The valley of Skjørlægda, situated at the eastern edge of the national park, is strikingly green and lush, especially compared to its surroundings. Its impressive conifer forest, marshland and rounded knolls offer a dramatic contrast to the nearby mountains.

If you take the time to explore, Skjørlægda has so much to offer. Here are woodlands of twisted birch, knolls and marshland plateaus, rivers, and waterfalls small and large. At the southern end of the valley is Storvatnet lake, mirroring spruce forests and the towering peak of Vistmannen. Also at the southern end is Oladalshytta, a reconstruction of a cabin used by the Norwegian Resistance in World War II, during Nazi Germany’s occupation. It is not marked on the map, but you can’t miss it if you walk upstream along the creek that flows into the southern end of Litlvatnet lake.

The valley is easily accessible and a popular recreation area. Visitors are, amongst other things, drawn to the mountain farm (Fjellgården), the unlocked Sæterskardhytta cabin, and the cabin available for rent by Litlvatnet lake. 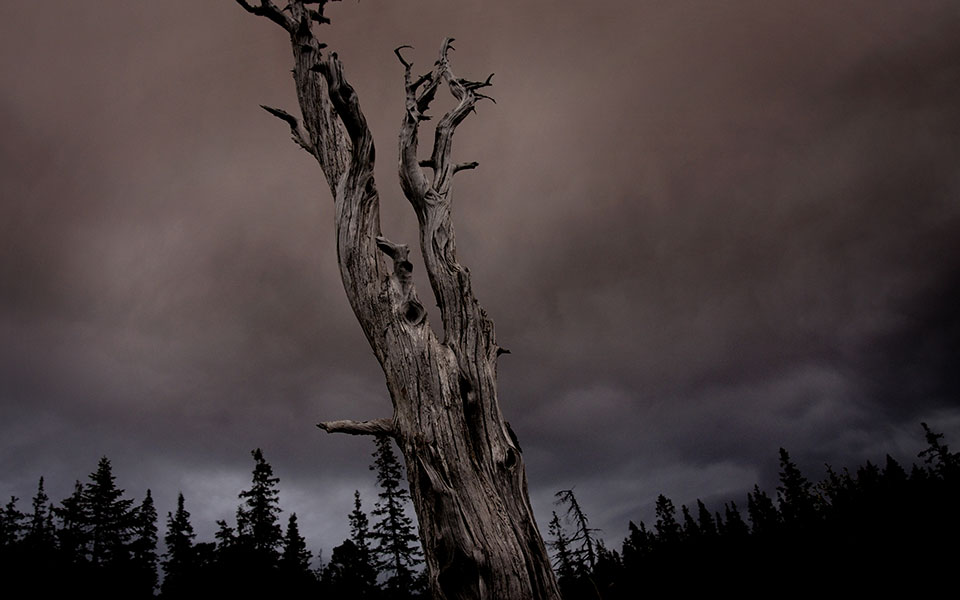 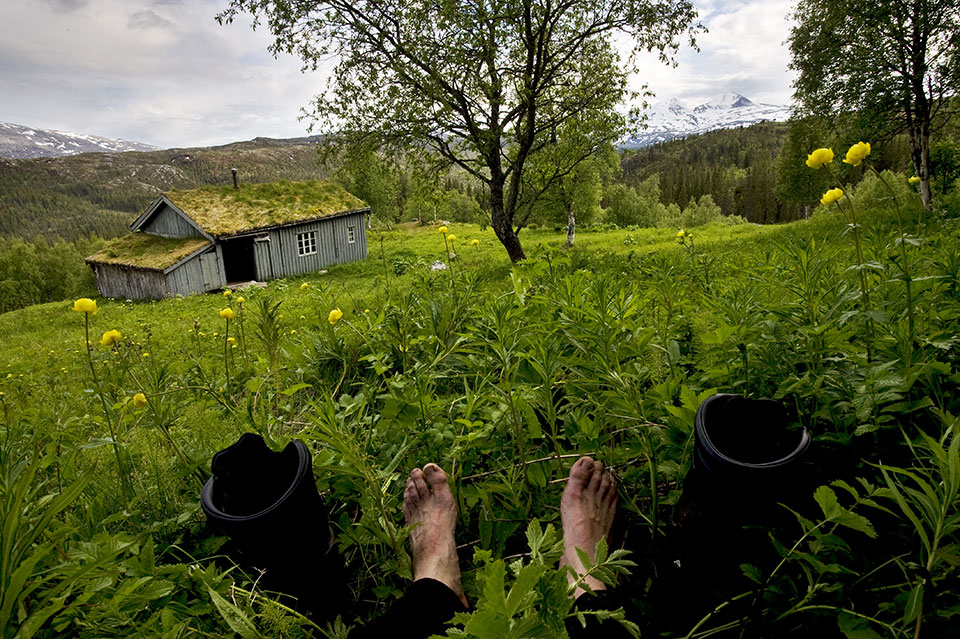 How to get here

The most frequently used gateway to Skjørlægda is Sandvikbakken in Eiterådalen, which you can reach by car. At the trail head there is an information board and a war monument. The path has a gentle climb that is quite manageable for most people. A more challenging and exciting route starts at Stormoio. This trail is steeper but easy to follow. You can also descend to Skjørlægda from the Småtjønnan tarns.

Starting from Skjørlægda there are many great hiking routes westward. The most popular route is across Vistfjellan towards the Austerfjord, and to Bønå on the fjord arm called Innervisten. This, by the way, is where the Sjøberg March, an annual joint walk commemorating the local Norwegian Resistance, takes place – and it is the only well-marked trail in the national park.

If you yearn for wilder terrain, then set a course between the peaks of Vistmannen and Vistkjerringa, via the Vistvatnan lakes to the valley of Henriksdalen, or hike to Svartvassheia and down into Sæterdalen.

There are many good spots for a tent, especially by Storvatnet lake.